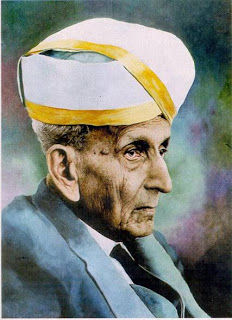 SIR was an eminent Indian engineer and statesman born in Muddenahalli in Chikballapur District of Karnataka State. He is a recipient of the Indian republic's highest honor, the Bharat Ratna, in 1955. He was also knighted by the British for his myriad contributions to the public good. Every year, 15 September is celebrated as the “Engineer's Day” in India in his memory and is a public holiday in some places, especially his birth state Karnataka.

Born at Muddenahalli at Chikkaballapur, Sir M. Vishweshwariah completed engineering from Poona Science College and completed L.C.E. and E.C.E.L Engineering exams at the age of 23 and stood first to the entire Mumbai region. He started his career in the year 1884 as Assistant Engineer to Mumbai Govt. He served the Mumbai Govt. for 23 years. He joined as Chief Engineer of Mysore Government on November 15, 1909.Due to his efforts the administration of rail routes from Birur to Shimoga, Mysore to Nanjangud, and Bangalore to Mysore was transferred to Mysore Govt. as per his plans. In 1912, he became the “Dewan of Mysore”.

The “Krishna Raj Sagara” dam is the direct outcome of the efforts of the great engineer statesman “Maker of Mysore”, Dr. M. Vishveshwaraiah who had the foresight and initiative at a time when economic planning and industrialisation were still in their infancy in India. The dam was designed by the Late. Dr. M. Vishveshwaraiah when he was Chief Engineer of the state. The dam was completed in 1931 when he was the Dewan of Mysore.

In 1913, Mysore-Hassan-Arsikere rail-route work was started. In 1914, mechanical engineering school at Bangalore was started. On the 22nd of July, 1916, the Mysore University was started. The Mysore soap factory and the Sandalwood factory were also started during this period. On 9-12-1918 he gave resignation from Dewanship. In 1943, he was responsible for opening of the Jaya Chamarajendra Technical Institute at Bangalore. In the year 1911, he was awarded C.I.E. and in 1915, he was awarded K.C.I.E. from the British Government. He was awarded Bharata Ratna in 1955. He died at Bangalore on 14-4-1962. He has written a number of books:

He was patriotic, hard working, highly disciplined and an able administrator.

When Mandya District was brought under assured irrigation consequent to the construction of the Vishveshwaraiah Canal, the Government of Mysore recognised that the prosperity of the region would depend in a large measure on the profitable cultivation of a commercial crop like sugar cane and that this would be possible only if manufacture of sugar on modern lines was initiated on a fairly large-scale. The sugar industry being in the nature of a new industrial venture and capital being shy in those days, the then Government of Mysore took the initiative to float a joint stock company, as an earnest of its interest in the welfare of the agriculturists on the one hand and to infuse confidence in the minds of the investing public on the other. Thus, the Mysore Sugar Company came into existence in January 1933 with an authorised capital of Rs. 20 lakes, of which 60 percent was taken by Government. This pattern of company formation with the Government holding a majority of shares was a novel one and may well be said to be the fore-runner of the present day public sector companies. The sugar factory at Mandya is one of the biggest industrial units in the state.

“Krishna Raj Sagara reservoir”, named after the Late. Sri. Krishna Raj Wodeyar in whose reign his construction was undertaken, was formed by the construction of a dam across the Kaveri River, 9 miles on the upstream side of the historic town of Srirangapatna and 12 miles from Mysore City. The lake, at the maximum water level, as a water spread of both 50 sq. miles. In the words of Late Dr. Vishveshwaraiah, the scheme was to “open out a vista of possibilities of ever-increasing value in the state by adding to the productive power of the people with the increase in agricultural produce and development of industries and manufacture”. The catchments area of the river above the dam is 4100 square miles, half of which lies in the regions of Coorg and Mysore Districts.

The reservoir ensures a steady supply of water for the generating station at Shivanasamudram Shimsa to an extent of about 59,200 K Watts. Enabling power supply to the Gold mines at Kolar, and electric light and power supply to the cities of Bangalore and Mysore, besides a large number of villages and towns in the state. It also ensures a steady supply of water for irrigation in the arid tracts of about 1, 20,000 acres of Mandya District
Posted by Nirliptha at 11:43 AM No comments: 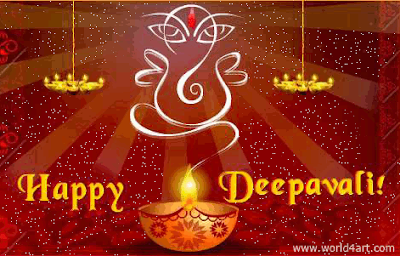 Posted by Nirliptha at 2:33 PM No comments: